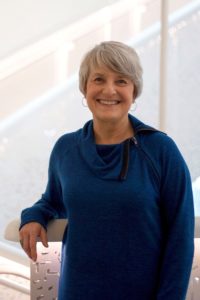 Hi everybody! I have always loved studying the cross sections of musical theatre, history, politics, and society. As a musical theatre scholar devoted to queer identity and feminism in performance, I have written Changed for Good: A Feminist History of the Broadway Musical (Oxford University Press, 2011), A Problem Like Maria: Gender and Sexuality in the American Musical (University of Michigan Press, 2002), and co-edited The Oxford Handbook of the American Musical (with Raymond Knapp and Mitchell Morris, 2011).  I have published articles on theatre spectatorship, performance pedagogy, and musical theatre in many journals including Theatre Journal, Modern Drama, and Camera Obscura and was a former editor of Theatre Topics: A Journal of Pedagogy and Praxis. I also have experience as a director and dramaturg.

Recent publications of mine include “’The Hills Are Alive with the Sound of Music’: Musical Theatre at Girls’ Jewish Summer Camps in Maine, USA” (Contemporary Theatre Review, 2017); “The Feminine Mystique Goes to Broadway:  Housewives in 1960s Musical Theater” (in The Sixties, Center Stage: Mainstream and Popular Performances in a Turbulent Decade, 2017); and “Keeping Company with Sondheim’s Women” (The Oxford Handbook of Sondheim Studies, 2014). My chapter on Disney musicals in elementary schools appears in The Disney Musical: Stage, Screen, and Beyond. My essay, “‘We’ll Always Be Bosom Buddies’: Female Duets and the Queering of Broadway Musical Theatre” in GLQ (Gay and Lesbian Quarterly, 2006), won the year’s award for Best Essay in Theatre Studies from the Association for Theatre in Higher Education.

Nowadays much of my time is devoted to my work at Princeton University where I am a Professor of Theater , Director of Fellowships, and Director of their new Program in Music Theater. It’s very rewarding to teach at a liberal arts college where scholar-artists are constantly asking questions and challenging themselves. Some of my recent courses include “Race and the American Musical,” “America Then and Now,” “Introduction to Art Making,” and “The Musical Theatre of Stephen Sondheim.” Two of my proudest accomplishments are being a 2017 Guggenheim Fellow and receiving a President’s Award for Distinguished Teaching in 2017.

During the 2017-2018 year, I took time away from Princeton to work on my book, Beyond Broadway: The Pleasure and Promise of the American Musical, which has been my passion project for the last several years.

All of this work would not have been possible without the support of my family, friends, and education. I received my B.A. in English from Yale, M.A. in Drama from the University of Virginia, and Ph.D. in Theatre from the University of Wisconsin-Madison. Before coming to Princeton, I was an Associate Professor in the Performance as Public Practice Program in the Department of Theatre & Dance at the University of Texas at Austin from 2000-2008 where I received a Theatre & Dance teaching award in 2006. My other teaching positions include Assistant Professor at George Washington University in English and Theatre and Dance (1996-2000) and Assistant Professor in the School of Theatre at Florida State University (1994-1996).

I hope that my work continues to spread the joy and importance of musical theatre throughout America.